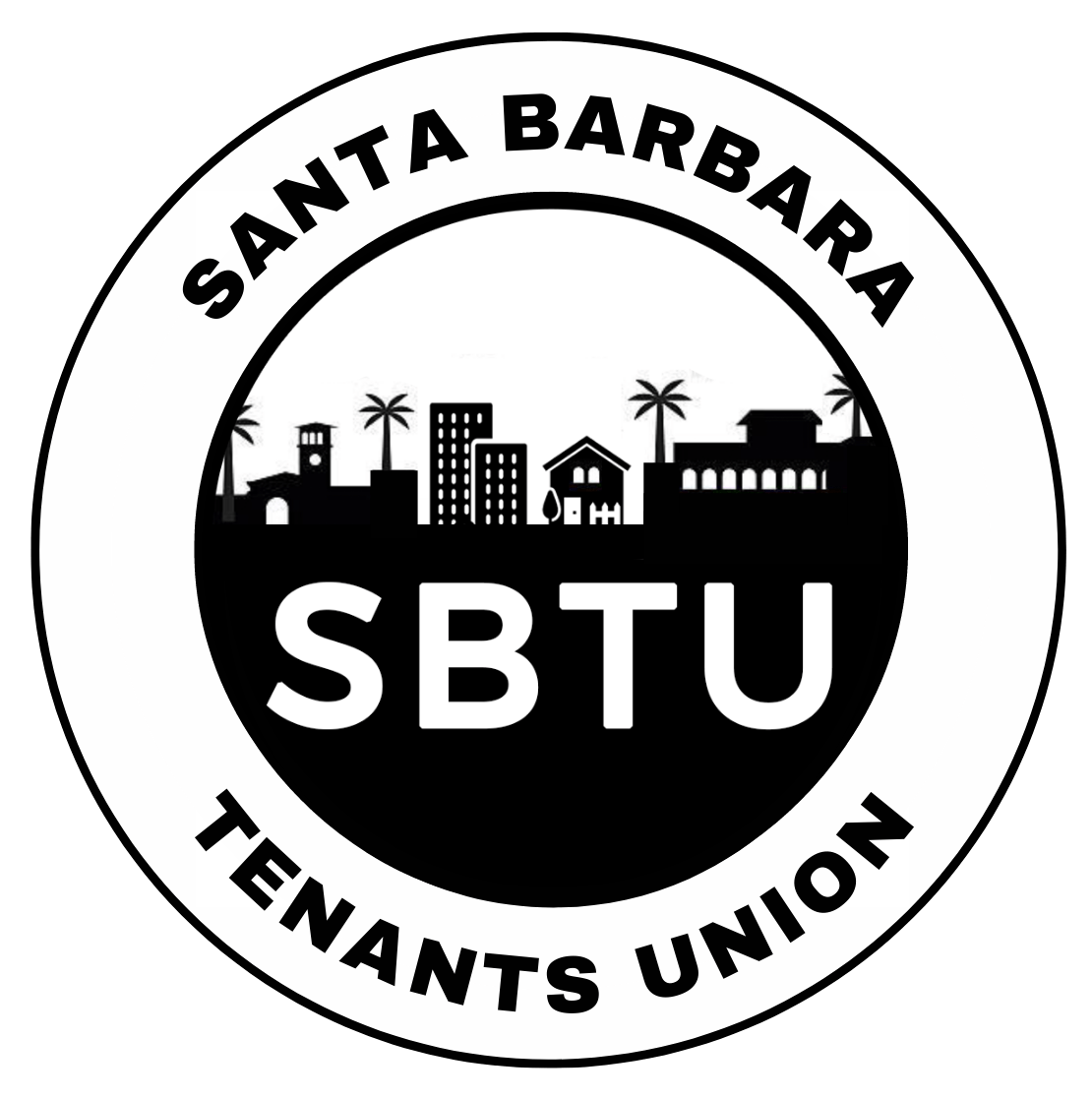 Did You Know?
It’s illegal for rent to have been raised more than 10% total since 2017 in most units–even if there’s been a change in ownership or tenants. 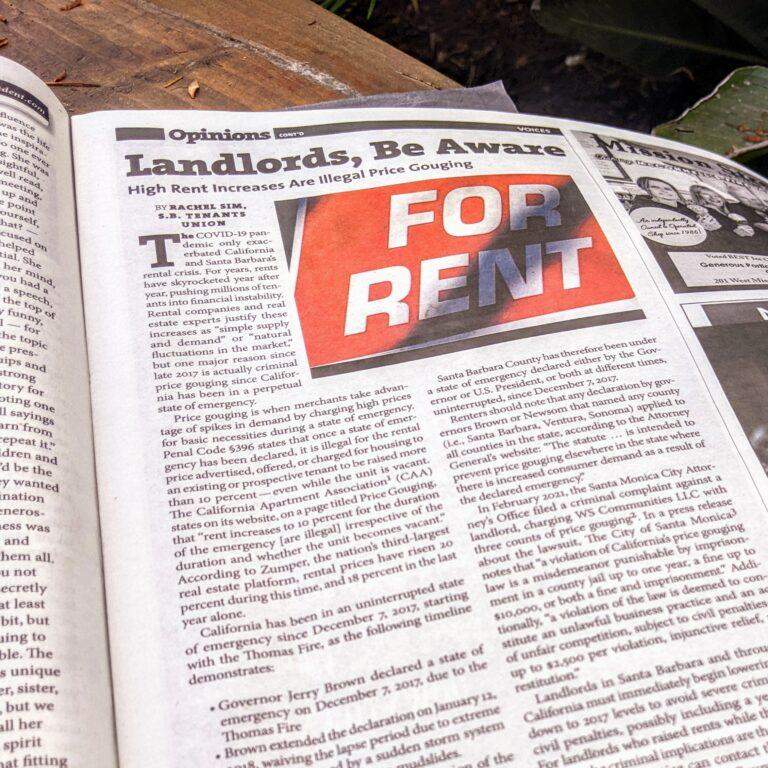 Read more below and sign up so we can send you updates about local price gouging rent increases and other rent stabilization efforts including key opportunities when you can take action!

Have you seen any units increase in rent more than 10% since 2017? What's your experience with rent increases?

The COVID-19 pandemic only exacerbated California and Santa Barbara’s rental crisis. For years, rents have skyrocketed year after year, pushing millions of tenants into financial instability. Rental companies and real estate experts justify these increases as “simple supply and demand” or “natural fluctuations in the market,” but one major reason since late 2017 is actually criminal price gouging since California has been in a perpetual state of emergency.

Read our Editorial in the Santa Barbara Independent to learn more.

California has been in an uninterrupted state of emergency since December 7, 2017, starting with the Thomas Fire, as the following timeline demonstrates:
•  Governor Brown declared a state of emergency on December 7, 2017, due to the Thomas Fire
•  Brown extended the declaration on January 12, 2018, waiving the lapse period due to extreme conditions caused by a sudden storm system resulting in the Montecito mudslides.
•   Brown then issued another extension of the initial 2017 declaration on April 13, 2018, stating: “the provisions of Penal Code section 396, subdivisions (b) and (c), prohibiting price gouging in time of emergency, will remain in effect until December 4, 2018, in Santa Barbara and Ventura Counties.”
•   On November 28, 2018, Brown extended the declaration yet again, and in particular the anti- price gouging statutes from PC §396, effective through May 31, 2019.
•   Governor Newsom then extended this declaration, also specifically mentioning PC §396, effective December 31, 2019.
•   Newsom made a new declaration December 23, 2019, extending the prohibition against price gouging to December 31, 2020.
•   From December 31, 2020, to the time of writing, California and the U.S. have been under various overlapping emergency declarations due to the COVID-19 pandemic.

Santa Barbara County has therefore been under a state of emergency declared either by the Governor or U.S. President, or both at different times, uninterrupted, since December 7, 2017.

What can I do about this?

Fill out the form above and let us know what you’re seeing so we can stay in touch and let you know once we see key moments to support us putting an end to illegal and unreasonable rent increases! As an additional step, you can contact the Santa Barbara County District Attorney’s office to ask them to enforce these laws.

What if I've seen a rental unit go up more than 10% but it has different tenants?

What if a new person owns the building or there's new property management?

This rule limits rent increases to 10% since 2017, no matter if there’s been a change in ownership or management.

We use cookies on our website to give you the most relevant experience by remembering your preferences and repeat visits. By clicking “Accept”, you consent to the use of ALL cookies.Your personal information is never divulged to third parties.
Cookie SettingsAcceptReject All
Manage consent

This website uses cookies to improve your experience while you navigate through the website. Out of these, the cookies that are categorized as necessary are stored on your browser as they are essential for the working of basic functionalities of the website. We also use third-party cookies that help us analyze and understand how you use this website. These cookies will be stored in your browser only with your consent. You also have the option to opt-out of these cookies. But opting out of some of these cookies may affect your browsing experience.
Necessary Always Enabled
Necessary cookies are absolutely essential for the website to function properly. These cookies ensure basic functionalities and security features of the website, anonymously.
Functional
Functional cookies help to perform certain functionalities like sharing the content of the website on social media platforms, collect feedbacks, and other third-party features.
Performance
Performance cookies are used to understand and analyze the key performance indexes of the website which helps in delivering a better user experience for the visitors.
Analytics
Analytical cookies are used to understand how visitors interact with the website. These cookies help provide information on metrics the number of visitors, bounce rate, traffic source, etc.
Advertisement
Advertisement cookies are used to provide visitors with relevant ads and marketing campaigns. These cookies track visitors across websites and collect information to provide customized ads.
Others
Other uncategorized cookies are those that are being analyzed and have not been classified into a category as yet.
SAVE & ACCEPT